Working on the house today and out the window spotted a young athletic black male and a heavier-set young while female carrying hedge pruners or bolt cutters. They were circling a quad runner that a young man had rode to church this morning and cabled to a street sign. I thought, surely not… But, yep. Ran out the back door just before they were ready to cut the cable. Pulled out my phone to call it in and was initially all thumbs, then realized I didn’t have a signal. I still pretended to be on the phone, giving a description of the pair while following behind them. They were clearly up to no good because they threw the pruners into the weeds behind a neighbors house and took off running through several back yards and across neighboring blocks. This happened about an hour ago (12:30ish). He was wearing black shorts, shirtless. She was in a grey shirt and white shirts. They circled the Methodist church at Algonquin/Brinker/Wicklow, cutting into the alley between Brinker and Algonquin. They ran through the back yards heading west, all within the first block from the park. Just a heads up. Guess the pruners are now my souvenir?! 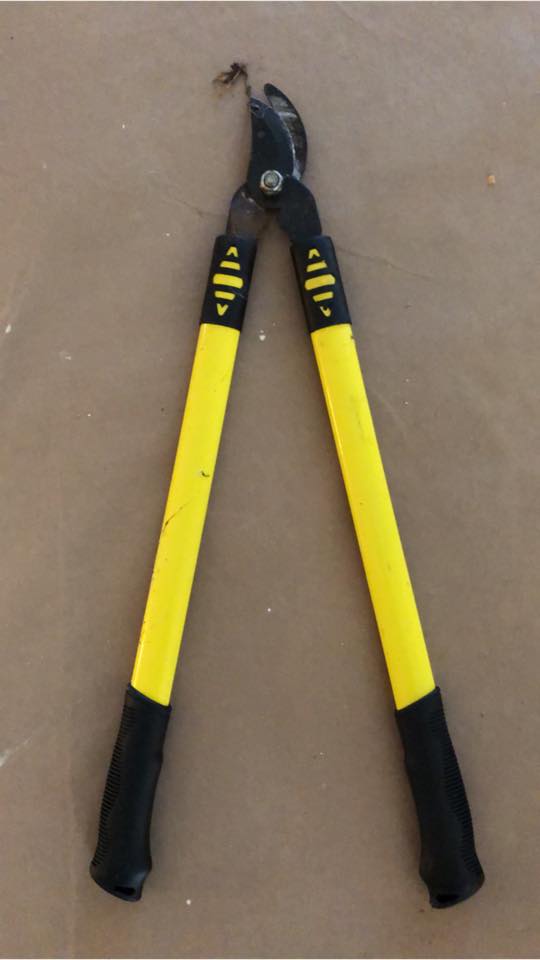